Over the last couple of years, Apple was so fortunate to set one record after another in terms of revenue, profit, profit margins etc. Just this year for the first time in 15 years, Apple reported an annual decline in sales, revenue, and profit compared to last year. And to be honest, the signs were pretty clear that this had to come.

Under the leadership of Tim Cook, Apple lost its place as a Digital Master and innovator and is now slowly transforming to a Fashionista according to the framework of Westermann (2014). Let me explain why this is happening.

In the recent years, Apple completely shifted its focus from a variety of products to the cash cows of the company, namely the iPhone. While the iPhone receives updates every year to be equipped with state of the art chips, camera, and display, Apple decided to leave other products behind that were not contributing so much to the company’s revenues and profits. There are dozens of example: The iPad Air 2 hasn’t been updated since 2014, neither has been the iPad mini. The MacBook Air hasn’t received a major update since 2010, and the Mac Mini and the Mac Pro didn’t even get a new chipset since more than two years.
Just last week, Apple introduced new MacBook Pros (finally, after keeping the older models for more than one year on the shelf), where they got rid of all ports but the headphone port, replacing them with four identical USB C ports. They also included a smaller battery than in previous models and not the latest Intel chipset. The only innovation is the Touch Bar, a contextual toolbar at the top of the keyboard that automatically changes to surface app-specific commands.

With the development of Apple in the recent years, one might also get the feeling that products get developed more and more in silos with little communication and coordination between departments. Let’s look at some examples here:

The results are pretty clear:

So, with all these negative developments happening, Tim Cook was fortunately foreseen enough to already have chosen his potential successor. Be aware that this is just my personal hypothesis here, but I will lay out some reasoning why I believe that way. When Tim Cook personally convinced Angela Ahrendts to step down from her CEO position at Burberry to join Apple as a VP, I am pretty sure that not only the $80 million paycheck in her first year convinced her to move jobs but also the prospect to eventually to move up on the career ladder at Apple. I am pretty sure that Tim chose her to be his successor and he really wanted her to join Apple, why else would he as a CEO pay her more in her first year than he pays himself?

Apple right now is just at the start of facing a crisis. There is no sign that a new iPhone could catch up with the success of the iPhone 6 and 6S and new products like the Apple Watch do not live up to the expectations. Most of the new ventures that Cook tried so far, failed before they even saw the light of day. Examples here are the rumored Apple TV (an actual television) or the Apple Car, where rumor has it that no clear leadership and internal conflicts led Apple to shelve the project.

For Ahrendts, this would be the perfect time to step up to provide Apple with a better digital leadership and bring the company back on track. Her excellent track record at Burberry’s of providing excellent leadership and a clear vision, thereby transforming the company is the perfect requisite for Apple in its current situation. It’s easy, Ahrendts once said, to run a company while the economy is expanding, and easy to get lazy. A sharp downturn tends to focus the mind. Ahrendts would also help Apple to correct its focus and to see new chances of growth in products that are already forgotten by Apple’s leadership. “The idea is balance,” she once said in an interview, “knowing the market, the customer, and perfectly anticipating demand.” She seems like a natural fit for the position of the CEO of Apple, even if she doesn’t have a background in the tech industry.

Don’t get me wrong here, I am not an Apple hater, I like Apple products and I am writing this on a MacBook but with the recent update of the MacBook, I become truly worried about the direction Tim Cook is leading this company. I think Tim has contributed his fair share to the development of the company but should now have the courage to step down and leave place for improvement.

Please feel free to share your own opinion on this topic. I am really interested to see what you think about the recent developments of Apple and the consequences in the future. 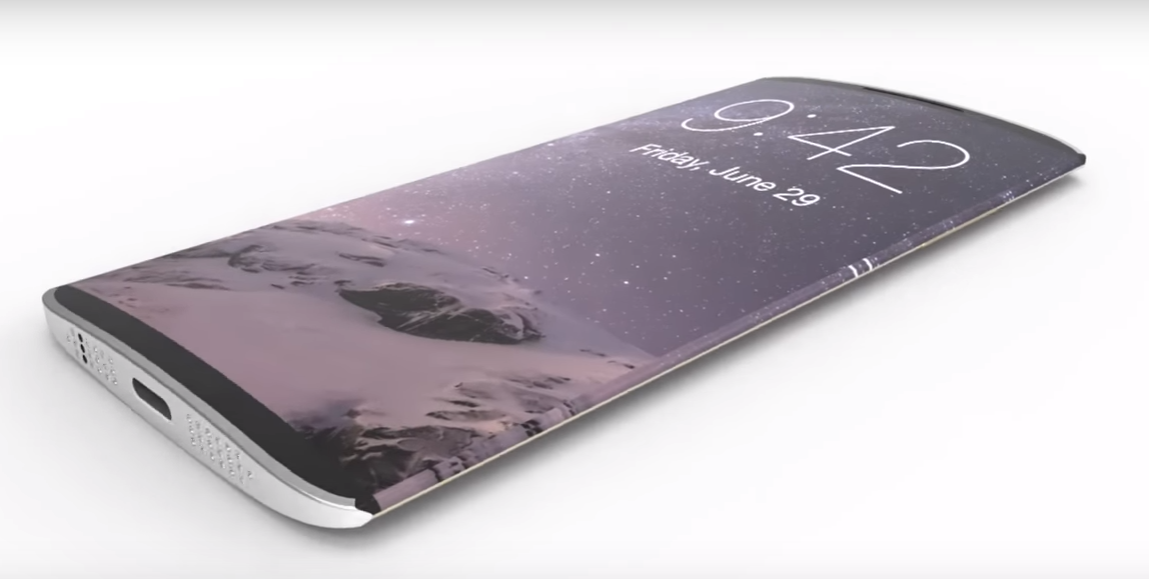 After the introduction of the iPhone 7 this year, there are some rumors that Apple will introduce the iPhone 8 next year. In 2017, it is exactly 10 years ago when the first iPhone was introduced. Therefore, Apple wants make their anniversary big with the iPhone 8. The iPhone 8 is expected to have the following features:

The iPhone 8 will have a screen without an edge next to the screen. Thus, the phone will be the same size with a bigger screen. Next to that, Apple wants to introduce three versions of the phone. The formats will be 4,7 and 5,5 inch and 5 or 5,8 inch. The phones will have an OLED-screen, which provide deeper back levels because only parts of the screen glow. As a result, for example, when the time on a phone is displayed for long periods, this consumes no excessive power. Besides that, the new phones are expected to have a back of glass. The glass will be used so that the device can charge wireless. Glass wireless charging frequencies would work better than a metal alternative. It is still unclear whether all the new iPhones are equipped with a wireless charger in 2017. Lastly, Apple and LG Innotek are working together on a camera that can record in 3D. The dual lens camera is designed for the portrait mode and it uses depth to pull a subject apart from the background. Do the features the iPhone 8 will offer already encourage you?

After the introduction of the iPhone 7 the stock prices went down with 3%; reducing the company’s market value by $15.4 billion in a single day. Hereafter, the question arose whether Apple can push its phone sales, and its stock price, to new heights. Do you think the iPhone 8 will get this together or it will be the same failure as the iPhone 7?

Do you remember how Steve Jobs announced the iPhone? He mentions that this day is a day which he has been waiting for around two and a half year. Maybe he did know what position he was placing Apple in, maybe he was not aware of it. However, this day changed the position of Apple from a retailer of digital goods to an irreplaceable platform, where other platforms can base their platforms on.

As we spoke in the second session of Business Architecture and Consultany and as Westerman et al. (2014) write about. There are five types of business model archetypes which can be reinvented. The first one, the one with the most impact of the five, is about reinventing industries. The most familiar examples are AirBnB and Uber. We also see smaller changes, like food delivery applications, parking applications and festival applications. For example, the application for the Amsterdam Dance Event. Those are reinventions in other archetypes of business models.

When there is a change in how the industry is organised, archetype 1, all the firms must follow or they will be eaten away by their competitors (Westerman et al., 2014). We see a lot of changes in the past few years. However, somehow there are some players in the market who do not have to anticipate on those industry changes. Those players are Apple and Google. And in my opinion there are a few reasons for this.

To start, these two firms are not participants of the industries which are changing. The concept of their products is still the same after all these years. Despite all the new products which are announced every now and then. They enable other applications to create, shape and redefine industries. Think of Uber, the platforms of Apple and Google enabled this firm to offer a service which changed the taxi industry. Without being affected even a little bit.

Secondly, I hear you thinking: ‘Okay, that’s nice. But what about other players offering an enabling platform?’ and that is a fair point. However, big companies like Microsoft are not able to break the hegemony of these two platform enablers. And I don’t think that is going to change in a short period. Simply because there are large multi-homing costs (Eisenmann et al., 2006). All your information is stored within the enabling platform and changing brings very high switching costs.

Furthermore, due to the high network effects developers will develop applications in at least two languages, those of Apple and Google. Other platforms will always have a lower priority, and thus sustaining the current situations. Would you want to switch to a platform where not all your favourite applications are available? I wouldn’t.

Would Steve Jobs have known of the change he spoke about in 2007? I don’t know. But I do know that Apple and Google are laughing from the side-lines when an industry is disrupted. Let the changes come, they will enable it anyway. A strategy, smarter than anyone has thought of in the past decade.